Cells are the basic units that make up the human body. Cells grow and divide to make new cells as the body needs them. Usually, cells die when they get too old or damaged. Then, new cells take their place.
Cells start to grow uncontrollably. These cells may form a mass called a tumor. A tumor can be cancerous or benign. A cancerous tumor is malignant, meaning it can grow and spread to other parts of the body. A benign tumor means the tumor can grow but will not spread.
Some types of cancer do not form a tumor. These include leukemias, most types of lymphoma, and myeloma.

Cancer types are divided based on where it begins. Four main types of cancer are:

Carcinomas. A carcinoma begins in the skin or the tissue that covers the surface of internal organs and glands. Carcinomas usually form solid tumors. They are the most common type of cancer. Examples of carcinomas include prostate cancer, breast cancer, lung cancer, and colorectal cancer.

Sarcomas. A sarcoma begins in the tissues that support and connect the body. A sarcoma can develop in fat, muscles, nerves, tendons, joints, blood vessels, lymph vessels, cartilage, or bone.

As a cancerous tumor grows, the bloodstream or lymphatic system may carry cancer cells to other parts of the body. During this process, the cancer cells grow and may develop into new tumors. This is known as metastasis.
One of the first places cancer often spreads is to the lymph nodes. Lymph nodes are tiny, bean-shaped organs that help fight infection. They are located in clusters in different parts of the body, such as the neck, groin area, and under the arms.
Cancer may also spread through the bloodstream to distant parts of the body. These parts may include the bones, liver, lungs, or brain. Even if cancer spreads, it is still named for the area where it began. For example, if breast cancer spreads to the lungs, it is called metastatic breast cancer, not lung cancer.

Prostate cancer is cancer that occurs in the prostate. The prostate is a small walnut-shaped gland in males that produces the seminal fluid that nourishes and transports sperm.

Prostate cancer that’s detected early — when it’s still confined to the prostate gland — has the best chance for successful treatment.

This cancer type accounts for 21% of cancers in men diagnosed in 2020. About 1 in 8 men will be diagnosed with prostate cancer during their lifetimes.

Prostate cancer may cause no signs or symptoms in its early stages.

Prostate cancer that’s more advanced may cause signs and symptoms such as:
Trouble urinating
Decreased force in the stream of urine
Blood in the urine
Blood in the semen
Bone pain
Losing weight without trying
Erectile dysfunction

Many women with cervical cancer don’t realize they have the disease early on, because it usually doesn’t cause symptoms until the late stages. When symptoms do appear, they’re easily mistaken for common conditions like menstrual periods and urinary tract infections (UTIs).
Typical cervical cancer symptoms are:
unusual bleeding, such as in between periods, after sex, or after menopause
vaginal discharge that looks or smells different than usual
pain in the pelvis
needing to urinate more often
pain during urination

It isn’t clear what causes cervical cancer, but it’s certain that HPV plays a role. HPV is very common, and most people with the virus never develop cancer. This means other factors — such as your environment or your lifestyle choices — also determine whether you’ll develop cervical cancer.

Early sexual activity. Having sex at an early age increases your risk of HPV.
Other sexually transmitted infections (STIs). Having other STIs — such as chlamydia, gonorrhea, syphilis and HIV/AIDS — increases your risk of HPV.
A weakened immune system. You may be more likely to develop cervical cancer if your immune system is weakened by another health condition and you have HPV.

Smoking. Smoking is associated with squamous cell cervical cancer.
Exposure to miscarriage prevention drug. If your mother took a drug called diethylstilbestrol (DES) while pregnant in the 1950s, you may have an increased risk of a certain type of cervical cancer called clear cell adenocarcinoma.

Often, a diagnosis begins when a person visits a doctor about an unusual symptom. The doctor will talk with the person about his or her medical history and symptoms. Then the doctor will do various tests to find out the cause of these symptoms.

But many people with cancer have no symptoms. For these people, cancer is diagnosed during a medical test for another issue or condition.

Sometimes a doctor finds cancer after a screening test in an otherwise healthy person. Examples of screening tests include colonoscopy, mammography, and a Pap test (Cervical Cancer ),PSA (Prostate specific antigen ) for (Prostrate Cancer ). A person may need more tests to confirm or disprove the result of the screening test.

For most cancers, a biopsy is the only way to make a definite diagnosis. A biopsy is the removal of a small amount of tissue for further study.

Diagnosis, your cancer will likely be given a stage, which refers to the extent of your cancer, including how large the tumor is and if it’s spread. Staging is key to formulating treatment plans.
There are several ways to stage cancer. The TNM system is the most widely used cancer staging system, according to the National Cancer Institute. It refers to T for tumor, N for nearby lymph nodes involved, and M for metastasis. Numbers after each letter provide more details about the cancer type.
For the stages you might commonly know—stage 1, 2, 3, 4—these numbers are used for many cancer types and are less detailed than the TNM system. Here’s what the NCI says about what each one means (and yes, there’s actually a stage 0):
0: Abnormal cells are present but have not spread to nearby tissue. Also called carcinoma in situ, or CIS. CIS is not cancer, but it may become cancer. Treatment varies by cancer type, as it so often does across all cancer types.
1, 2, 3: Cancer is present. The higher the number, the larger the cancer tumor and the more it has spread into nearby tissues. Treatment will vary based on your cancer type and number of stage, as will your outcomes.
4: The cancer has spread to distant parts of the body. It is possible to go into remission with stage 4 cancer—at that point your disease is considered a chronic, or ongoing, illness, where you live with controlled or stable cancer that has metastasized but is not growing. 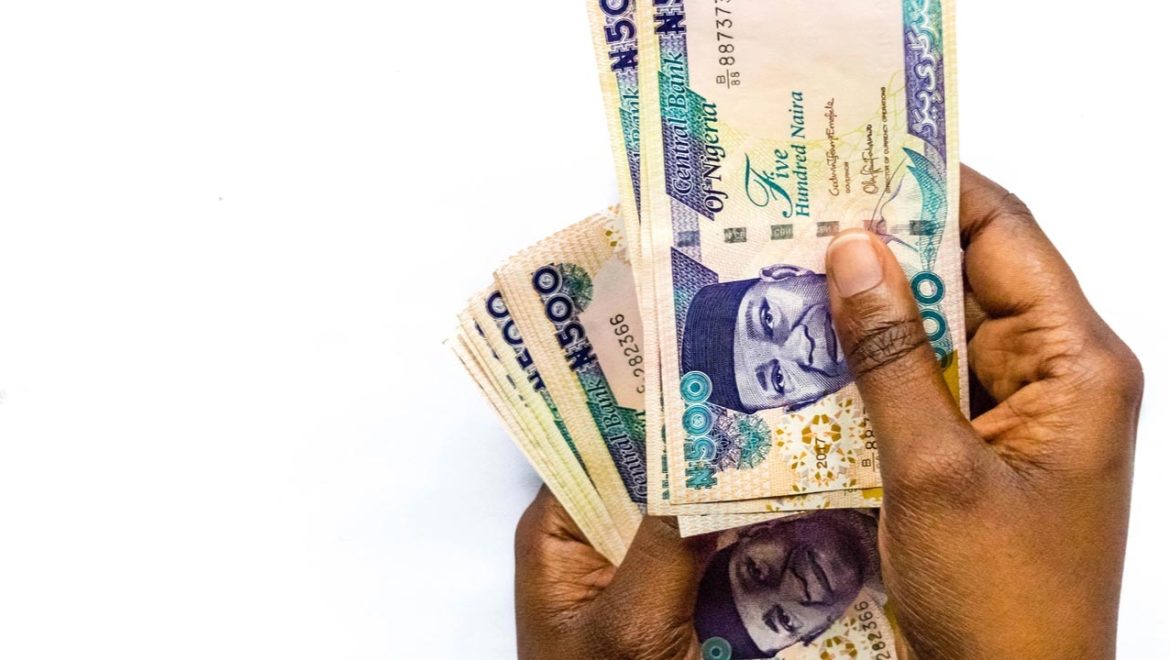 From Monday, 11 October 2021, fully vaccinated travelers from Nigeria will be able to visit England without needing to provide a pre-departure test, undertake a day 8 test, or self-isolate for 10 days, although will still need to book and pay for a day 2 test. This policy applies to those fully vaccinated with AstraZeneca (including Covidshield), Pfizer, Moderna, and Janssen (Johnson and Johnson).

Fully vaccinated means that you have had a complete course of an approved vaccine at least 14 days before you arrive in England. The day you had your final dose does not count as one of the 14 days. You must be able to prove that you have been fully vaccinated under a vaccination program and have a valid proof of vaccination recognized by the British Government. For Nigeria, the certificates with valid QR codes as issued by Nigeria’s National Primary Health Care Development Agency are recognized. 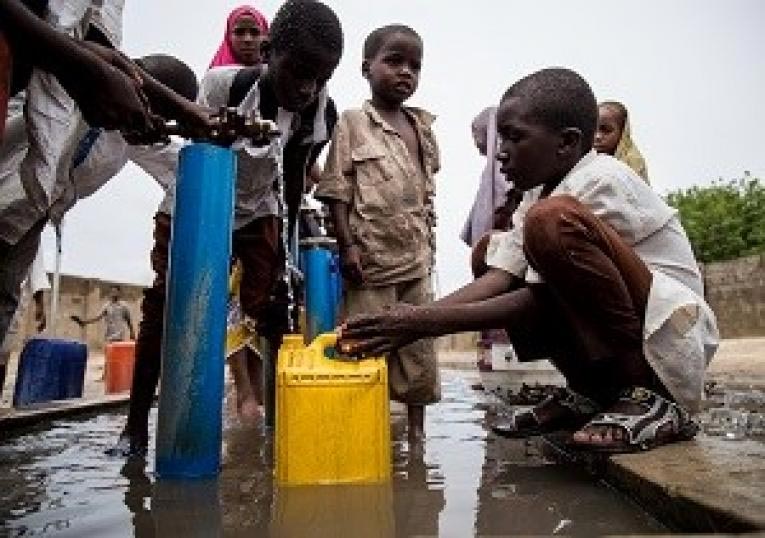 “Of the suspected cases since the beginning of the year, age group 5–14 years is the most affected age group for male and female,” he added.

The NCDC boss added that of all suspected cases, 50 per cent were males and 50 per cent, females.

Ihekweazu added that the national multi-sectoral EOC, activated at level 02, continues to coordinate the national response.